The reason I set the overly-optimistic goal of writing in this blog every day for one year  is to prove to myself I can stick with a task. Motherhood doesn't really count as the kids would find me if I tried to run. Yet after a long day, I've got nothing but excuses to offer. Perhaps they can serve in true content's stead just this once:

Excuse #1: I had to pick up the boys from Brother Rice Sports Camp. The counselors give the kids ice cream bars at the end of every day as they storm to their respective minivans.   Ice cream. Because nothing says good health and active living like a frozen dessert bar. The clean-up on this brilliant concept dreamed up by a bunch of men requires half a bag of baby wipes and the patience of someone who is not me.

Excuse #2:  I had to take the boys to their make-up piano lesson for that weekend we went to Milwaukee instead. Dragging tired, full-of-ice-cream boys to piano and trying to convince them that they'll thank me one day is very tiring. They keep asking me when they can quit and I tell them when they're 18. Unless they get a band scholarship, in which case all bets are off. 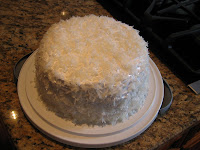 Excuse #4: I had to go up to Cork. With a $6/hour babysitter willing to watch the kids for a few hours and mommy in desperate need of a glass of  red, wouldn't you have gone too? We ran into a priest who told us some riotous funeral jokes, some area teachers we know, and the parents of one of the carpool kids I have been corrupting with the soundtrack of Rent all year.

In honor of my one Canadian reader (whoever you may be), I'd like to end today's blog with a quote from humorist and writer Stephen Leacock:

Writing is no trouble: you just jot down ideas as they occur to you. The jotting is simplicity itself - it is the occurring which is difficult.

Let's all raise a glass for some good occurrences today.
Plastered by Marianne at Saturday, June 25, 2011