One of the Good Ones

I have always believed there is a rhythm and music to life:  crescendos and decrescendos, overtures and operas, tempo and melody.  It is how a person tells a joke, enters and room, and even marches through life.  There is a recognizable beat to us all, whether one is a whimsical little minuet or a grand romantic concerto.

The dynamics of songs are evident in the sheet music.  When I started this blog, I wanted the same obvious and immediate understanding.  The blog would be fun and airy.  Whimsical and light.  Nobody would ever confuse its tone with Tolstoy or Dostoevsky.

And yet there are moments.  Moments where I don't feel light or airy.  Times where I need to go somewhere else and write something different.  Today is such a day.

It began yesterday afternoon.  It was the usual response once word gets out.  A southside Chicago fireman had been killed.  Our phones were suddenly riddled with texts and phone calls.  Folks doing a headcount.  Making sure.  Details began emerging.

Captain Herbert Johnson was a neighborhood guy, a Beverly man.  He came from a family of cops and firemen.  He had a wife and three children.  And he was looking forward to his son's upcoming football game with so much excitement that it was all he could talk about that day.  Over and over, people describe him the same way:

One of the good ones.

He died battling a fire that destroyed the home where 8 children lived.  In watching the aftermath of Sandy this week, I was overcome by the image of dozens of other firemen wading through a flooded and burning Queens neighborhood to help as best they could.  In the middle of a hurricane.  With their engines, trucks and hoses unable to reach the fiery structures, they kept going.

I could almost hear the blaring symphony as the winds raged and the downpour furiously pelted those rare individuals who stood in the middle of it all. 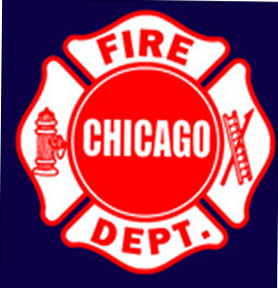 Captain Herbert Johnson was like that.  The 32-year veteran headed to New York after 9/11 to help.  He attended the funerals of his New York brethren.  He made friends wherever he went, and in a neighborhood full of characters, he managed to stand out.

Friends and family are asking for everyone to check their smoke alarms "in Herbie's honor" this month.  It is a way of making sure the man's song plays on, his legacy unforgotten.  So I share that message with you.  It is the least I can do, and also ask that you offer up a prayer for the family of Captain Herbert Johnson.

Plastered by Marianne at Saturday, November 03, 2012