The following appeared in the August edition of Chicago Parent. 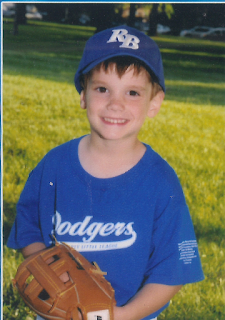 It is hard to forget your baby’s first smile. Or first steps. Or first day of school. Those moments are cherished and filmed. Every new milestone rightfully claims its spot in your heart and in your memory.

Yet what they never warn you about?

There is no notice given for the LAST time your child does something.

The last time they say “dwoo” instead of “drew.”

The last time they hold your hand in public.

The last time they call you “mommy.” 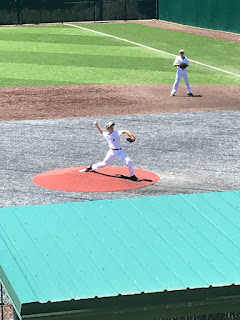 For ten years, I have had children in Little League. Dan and Joey eventually walked away from the sport. Dan got tired of having to hit triples in order to make it to first base (Willie Mays Hayes he is not). Joey proved too gangly and impatient to get past coach pitch. He also liked chatting up whoever was on first base and often lost track of plays.

Jack stuck it out. After all, 12U was Cooperstown year! For many teams, it is the pinnacle of a kid’s Little League experience. After months of fundraising and planning, the year culminates in a week-long tournament at the birthplace of baseball. The players get treated like MLB stars. The boys sleep in the barracks and meet kids from across the U.S. and Canada. They trade pins, are allowed unlimited quantities of chocolate milk, and feel as though they’ve landed in a real-life Field of Dreams.

As we packed our minivan and programmed the GPS, I didn’t know what to expect. 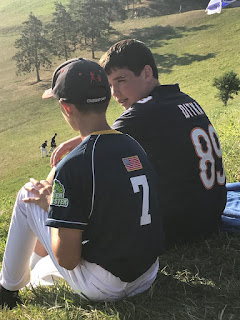 But for once, I recognized a possible “last.”

Upon arriving, we deposited our child in his bunk room and kissed him goodbye. He was too excited to swat us away or act annoyed. I was told we could “check out” Jack throughout the week, much like a library book.

“I’ll call you if I need something, mom.”

The week went by in a blink. Memories of my little 3-year old tentatively taking the field conflicted strongly with the 12-year-old now sauntering to the mound with legitimate baseball swagger. He threw strikes. He got hits. He never doubted himself for a moment.

I got a little emotional during the closing ceremonies. The beautiful hills and sunsets of Oneanta, New York became etched into my psyche. I cannot thank baseball enough for what it has given to my family – the friends made, the lessons learned, and the times had.

And for once, I rejoiced that one of the most important “lasts” finally got the send-off it deserved.