I love it when the kids come home with their holiday artwork.

See why by clicking HERE in today's Chicago Parent.

The loud crash from our second floor could have easily been mistaken for a sonic boom.  My husband's flight or fight instincts kicked in immediately.

And yet an hour later, Joe wandered upstairs to find Jack's bed cracked in half.

Joe:  HOW DID THIS HAPPEN?  AND WHY DIDN'T YOU COME TELL ME?

Thankfully, my husband is a handy, handy man:


I haven't the heart to tell Joe the bed's a goner.

I'll wait for a good time.

It took a visit with family in Texas to help me come to grips with one of my first big parenting failures.

When it came to meeting my baby's needs, I had definitely dropped the ball.

Actually, I didn't even have a ball to drop.

I am a superstitious old coot.

I believe in signs, mystery, and karma.

So when I took the garbage out to the alley yesterday and looked towards the heavens, I was stunned to see this: 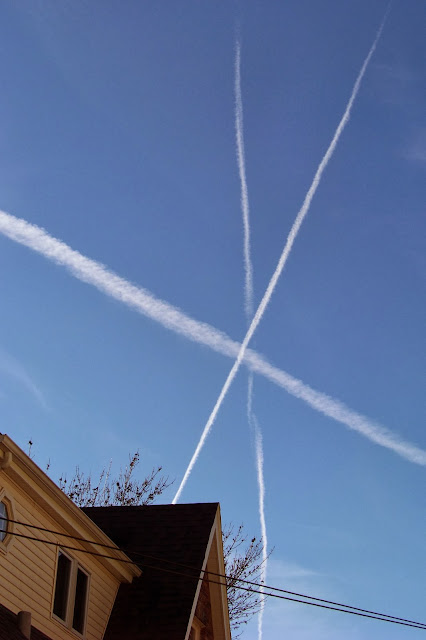 I thought it was the neatest thing in the world and called Joe to tell him God was saying "hi" to me.

Joe, being far more pragmatic and cynical, responded: "If anyone was saying hi to you, it was probably an air traffic controller."

Later, on our way home from dinner that night, I bought roses from Jim the Flower Guy, a neighborhood staple who stands in the middle of 111th & Pulaski year-round selling bunches of flowers for $5.

When we got home, I doled out one flower to each child.  The boys insisted each flower get its own "rose pot," completely separate from the others.

Remind me to introduce my kids to the word "vase."  I see their SAT scores plummeting when it comes to vocabulary.

Anyway, the boys set up three flowers in the middle of our kitchen table and went to bed.  Not a single rose was touching or anywhere near another.  Yet when I walked by a few hours later, the roses were huddled together:

I'd like to think of those three roses as my children.  They may end up in their own homes with their own lives one day, but I hope they will always find comfort and love with each other.

Wishing you and yours a wonderful weekend!

It's going to be a bit trickier eating Tom the Turkey this year. 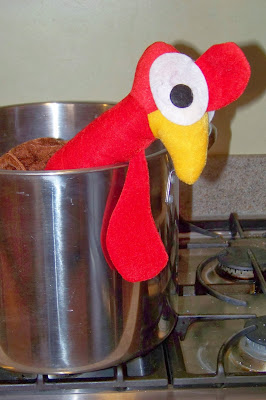 I am not a passive-aggressive person.  Neither is my husband.  We don't engage in the silent treatment.  Neither one of us is smart enough to be snarky.  We don't roll our eyes behind backs or act ambiguously towards people.  If we love you, you know it.  If we don't, we'll simply try to push you down a flight of stairs to avoid any confusion.

One of the natural consequences of being the type of people who wear their emotions on their sleeves is the yelling.  We are definitely not a quiet bunch.  We yell when we are happy, angry, sad, or confused.  Tack on some cuss word and you get the general idea.  Our house is definitely not a place for the faint of heart.

Yet, it is awesome for the hard of hearing.

Then there is Jack.  Jack is not a loud child.  He hides his emotions better than most poker players.  Only a few skilled family members can discern whether he is blissfully happy or plotting your death.

He is tricky, that kid.

So when Jack got in trouble for refusing to put away his stuff for the 5th day in a row, there were consequences.  He was not allowed to attend the Mt. Carmel vs. St. Rita state football play-off game with his father and brothers.  The decree was handed down Friday morning.

Then Jack showed up Friday afternoon with his weekly letter home: 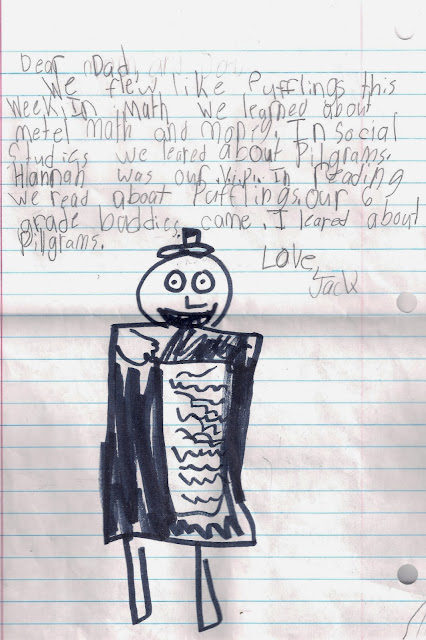 If I had just skimmed over the letter like I usually do, I would have missed Mr. Passive-Aggressive's little dig at mom.  See it?

The letter is addressed to "Dad."

And hidden under that word is "Mom."

But it is erased.

My kid erased me.

My husband laughed his ass off at the letter and then advised Jack that he was only digging himself a deeper hole with the woman who holds the keys to his happiness in her hands.

And Joe was right.

While the rest of the family cheered on an exciting Mt. Carmel victory that night, Jack and I headed to Menards.  For three hours.  Picking out extension cords and outlet covers.

Since then, I asked Jack what happens when he doesn't listen to mommy and erases her name.  He responded:

I know I have written about my stupid tree before.

But I am thinking of making it a yearly tradition. You know, kind of like when Lucy pulls the football out from under Charlie Brown every year on Thanksgiving.

I truly believe in ritual.

And in a world without stupid trees.