When Bingo Can Break You

It's funny how walking into a room full of strange women can take you right back to your wretched middle school years.

The Olympics - Then & Now

My kids have been very excited to watch the Olympic games this year, and their enthusiasm has been contagious.  For example, just check out Danny's art class depiction of the sport of Skeleton Racing:


Skeleton is a sport that didn't exist in the Olympics back when I was a kid, so it has been a lot of fun learning about it from my obsessed kids.

But you know what else didn't exist back when I watched as a child?

Some days, you just want your dad to know that it was your idea to stock up on his favorite Cherry RC: 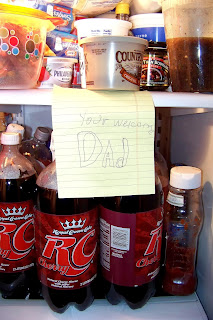 Now if I could only get the kid to appreciate the difference between "your" and "you're," my work here would finally be done.
Plastered by Marianne at Monday, February 17, 2014 12 comments:

As I put away Charlie Brown's Christmas tree the other day, I realized I hadn't actually spotted poor Charlie in the longest time. 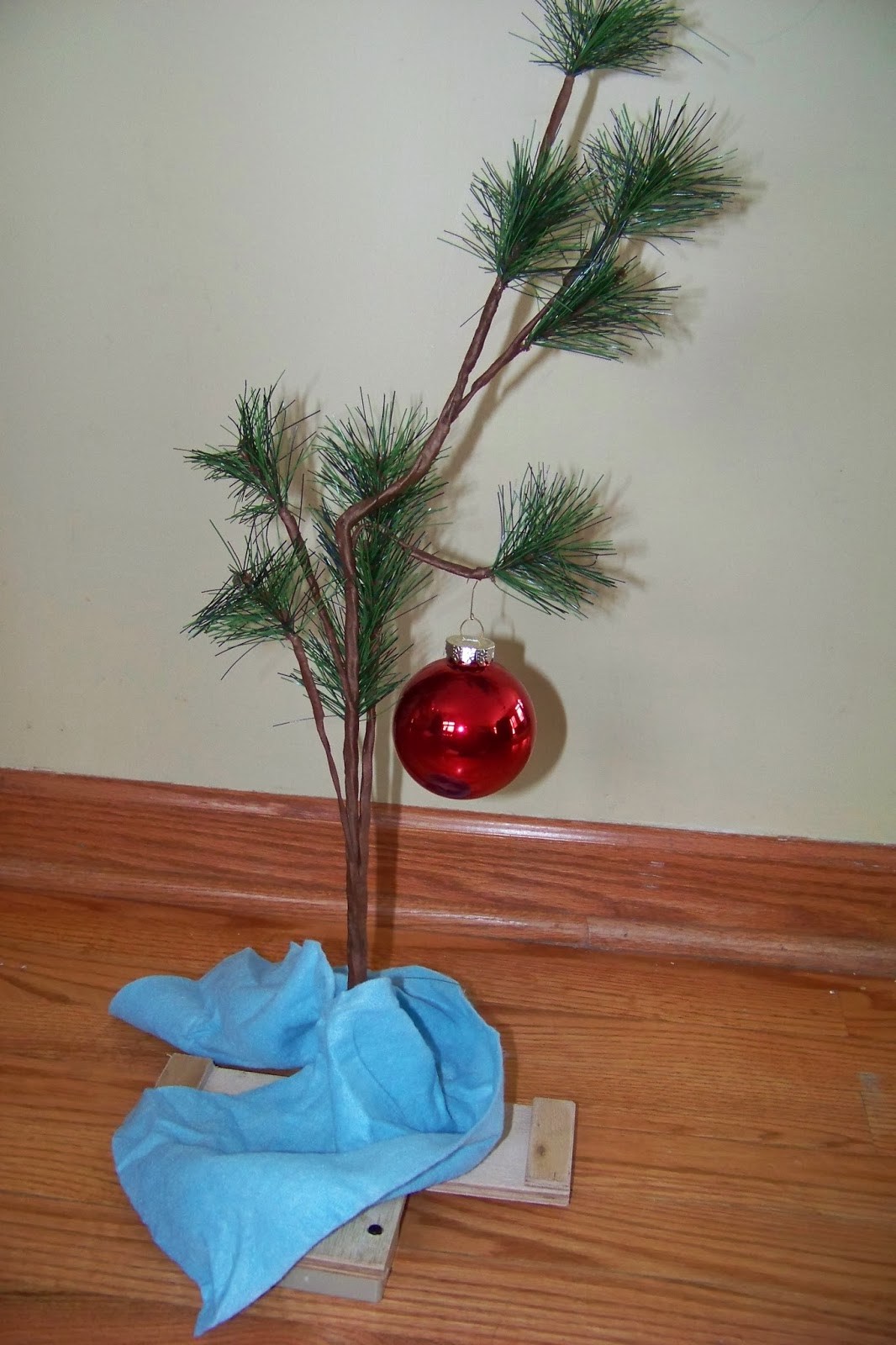 I might have set up a search party and gone looking for him, but then I remembered that this year's batch of icicles are desperately trying to kill me. This is why we are currently out of milk, bread, and Corn Flakes.  Why risk life and limb over superfluous things like food and sustenance?

Now if I run out of coffee, that's an entirely different story.

Some things are worth dying for.

The following appears in the February edition of Chicago Parent magazine.


While visiting my sister Megan recently, I found myself in need of a spoon to stir my coffee.  I immediately began rifling through her cabinets to locate one.  That is when I saw it.
The empty kitchen drawer.﻿﻿﻿
Up until that very moment, I assumed empty kitchen drawers were the stuff of legends and lore.   Sure, one would occasionally hear whispers of purported sightings, but nobody could ever prove they existed.
The empty kitchen drawer, as far as I was concerned, was the Yeti wrapped in the Abominable Snowman shrouded in Santa Claus.
The reason for my shock and disbelief in this uncommon finding?  My sister has children.  Did she not know that kitchen drawers become the ultimate purveyors of crap once kids come along?  They are the place you shove Rainbow Loom bracelets and orthodontist’s appointment cards.  They are where pens that don’t write and batteries that don’t work go to die.﻿﻿
Kitchen drawers are the Pandora’s Box of things you know you should throw away but can’t.  Yet disposing of this junk requires a decision-making ability that is often eroded by the larger questions of the day like “Why can’t I do third grade math?” or “Where did I leave Joey?”  As insignificant as the task may seem, going toe-to-toe with a cluttered kitchen drawer can feel overwhelming in the throes of everyday life.
Yet my sister is a minimalist.  There is no clinging to the sentimental.  If something is not part of Megan’s daily rotation, it gets discarded or donated.  She does not retain tools and equipment simply because they might be used one day.  She takes pictures of her kids’ art projects instead of boxing and storing them for all perpetuity.  Megan claims this makes for a less stressful life.  She tries to sell me on the practice, insisting how easy it is to dust with fewer knick-knacks and books strewn about.  She nudges me excitedly, feeling confident that I will take the bait.
I haven’t the heart to tell her that there hasn’t been any dusting in my house since the Bush administration.
Regardless, I felt I should still give the minimalist thing a shot.  I started with our out-of-control stuffed animal collection.  Yet as I sorted through dozens of bears and dogs, countless memories of my kids’ toddler years came flooding back.  The animals beseeched me.


Just give us a little more time.  For the children.
Annoyed and frustrated at my mawkishness, I knew I needed to begin somewhere easier.  I needed a project where sentimentality wouldn’t derail me from the start.  I needed to rid myself of the superfluous, but not hesitate in doing it.


Joe is still wondering where half his old t-shirts have gone.
For the first time ever, we have an empty closet shelf.  It may not be the much-coveted empty kitchen drawer, but it is a step in the right direction.


This is going way better than I thought.
Plastered by Marianne at Friday, February 07, 2014 19 comments:

I'm not sure the people over at Crown Royal whiskey ever anticipated their bottle being a hit with the kindergarten set, but Joey is on a mission to make that the very case: 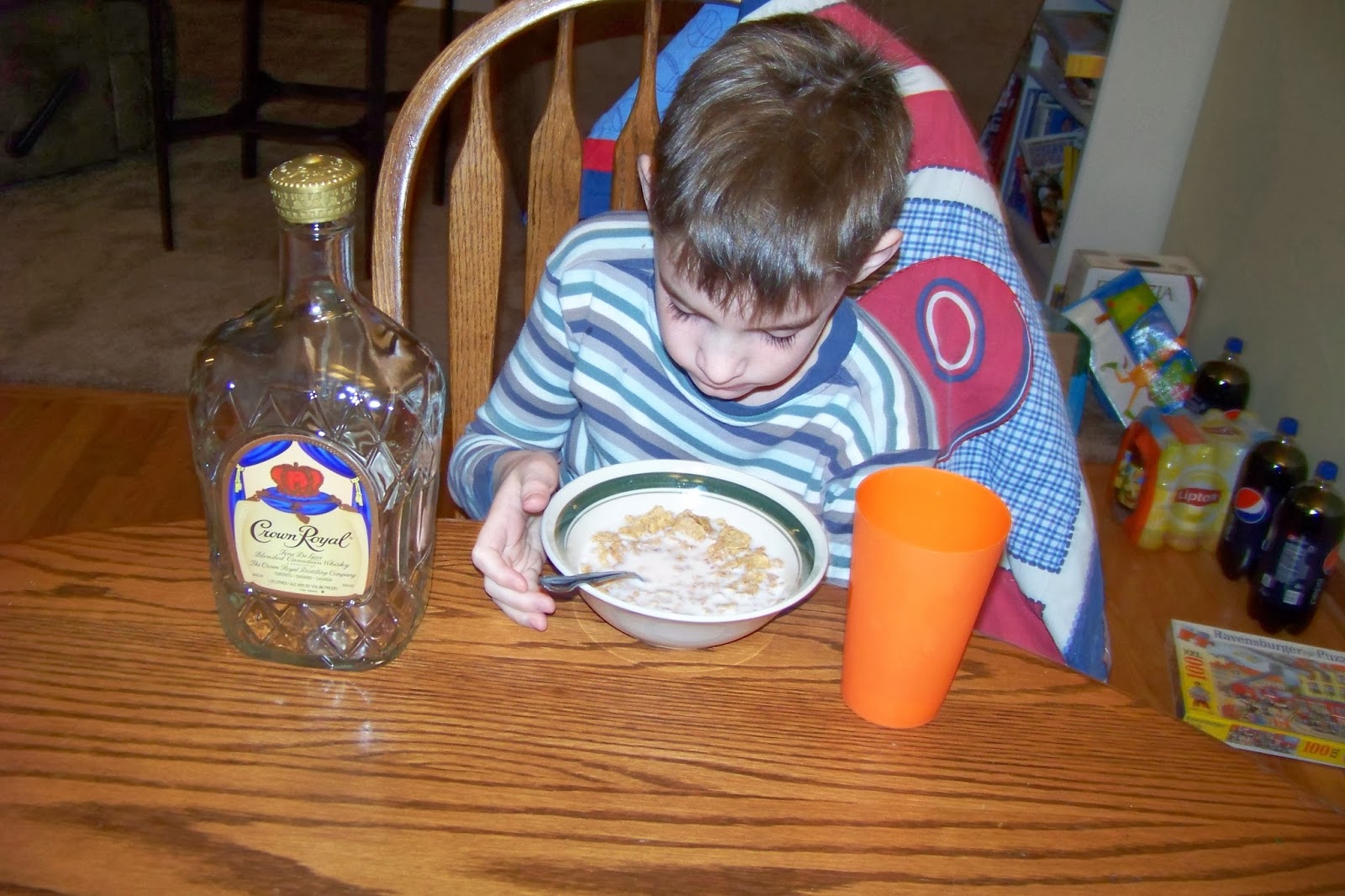