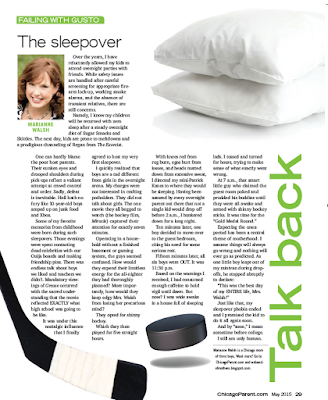 The following appears in the May edition of Chicago Parent.

Over the years, I have reluctantly allowed my kids to attend overnight parties with friends. While safety issues are handled after careful screening for appropriate firearm lock-up, working smoke alarms, and the absence of transient relatives, there are still concerns.

Namely, I know my children will be returned with zero sleep after a steady overnight diet of Sugar Smacks and Skittles. The next day, kids are prone to meltdowns and a prodigious channeling of Regan from The Exorcist.

One can hardly blame the poor host parents. Their sunken eyes and dropped shoulders during pick-ups reflect a valiant attempt at crowd control and order. Sadly, defeat is inevitable. Hell hath no fury like ten-year-old boys amped up on junk food and Xbox.

Some of my favorite memories from childhood were born during such sleepovers. Those evenings were spent contacting dead celebrities with our Ouija boards and making friendship pins. There was endless talk about boys we liked and teachers we didn’t. Mandatory viewings of Grease occurred with sacred understanding that the movie reflected EXACTLY what high school was going to be like. It was under this nostalgic influence that I finally agreed to host my very first sleepover.

I quickly realized that boys are a tad different from girls in the overnight arena. My charges were not interested in crafting potholders. They did not talk about girls. The one movie they all begged to watch (the hockey film Miracle) captured their attention for exactly seven minutes.

Operating in a household without a finished basement or gaming system, the guys seemed confused. How would they expend their limitless energy for the all-nighter they had thoroughly planned? More importantly, how would they keep edgy Mrs. Walsh from losing her precarious mind?

They opted for shinny hockey.

Which they then played for five straight hours.

With knees red from rug burn, egos hurt from losses, and heads matted down from excessive sweat, I directed my mini-Patrick Kanes to where they would be sleeping. Having been assured by every overnight parent out there that not a single kid would drop off before 2 am, I hunkered down for a long night. Ten minutes later, one boy decided to move over to the guest bedroom, citing his need for some serious rest.

Based on the warnings I received, I had consumed enough caffeine to hold vigil until dawn. But now? I was wide awake in a house full of sleeping lads. I tossed and turned for hours, trying to make sense of what exactly went wrong.

At 7 am, that smart little guy who claimed the guest room poked and prodded his buddies until they were all awake and armed with shinny hockey sticks. It was time for the “Gold Medal Round.”

Expecting the unexpected has been a central theme of motherhood. I assume things will always go wrong and nothing will ever go as predicted. As one little boy leapt out of my minivan during drop-offs, he stopped abruptly to declare:

“This was the best day of my ENTIRE life, Mrs. Walsh!”

Just like that, my sleepover phobia ended and I promised the kid to do it all again soon.

And by “soon,” I mean sometime before college. I still am only human.
Plastered by Marianne at Friday, May 29, 2015 3 comments:

She tells me that is okay. 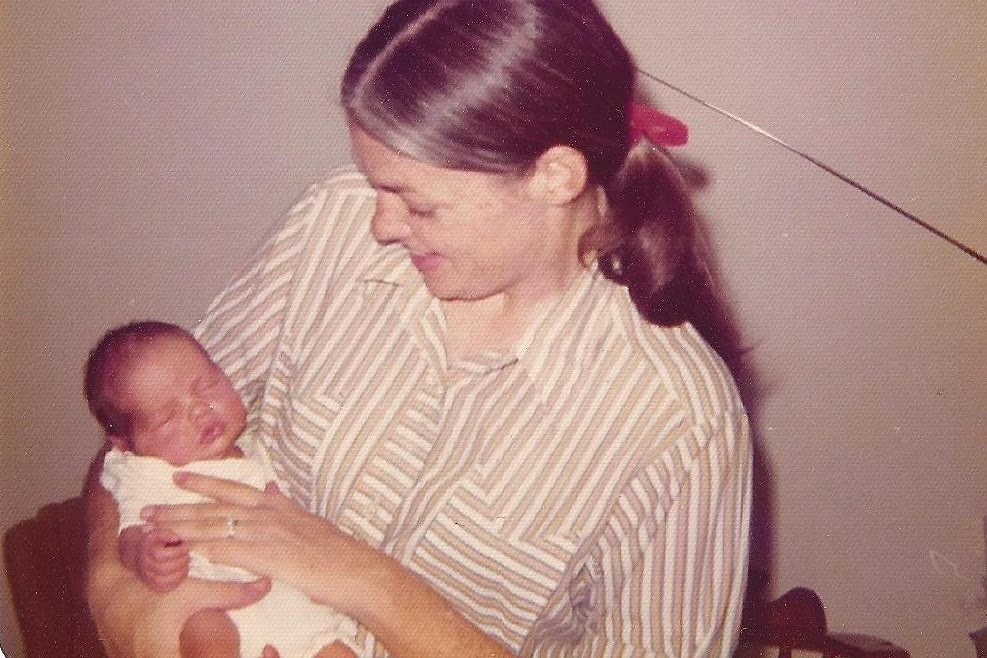