The Tale of an Honorable Man

This week, one of my favorite men will be inducted into the Mt. Carmel Hall of Fame.  While some believe telling boys to "be a man" is secret code for being a jerk, I view the expression quite differently.

Find out why by clicking HERE for today's Chicago Parent.
Plastered by Marianne at Wednesday, April 30, 2014 6 comments:

The following appears in the May edition of Chicago Parent magazine.  My thoughts were inspired by the trivial, en vogue mother-in-law bashing I have witnessed, and not the real "my mother-in-law is abusive/in jail/eats babies" cases that also occur.


Over the last ten years, I have noticed all kinds of parenting trends.  Baby-wearing.  Organic everything.  Attachment parenting.  Gender-neutral toys and clothes.
As a mom who believes strongly in raise-and-let-raise, I try hard not to question other people’s philosophies and techniques.  If parents want to breast-feed their kids until they go off to college, I refuse to be the villager at the gate carrying a pitchfork and crying foul.
But lately, I have noticed a powerful new movement that has drawn my ire to the point where I need to say something.
Mother-in-law bashing.
I’ve witnessed groups of moms gather at parks and coffee houses for the sole purpose of criticizing their mothers-in-law.   It is a cruel game of one-uppance, “You think your mother-in-law is bad? You have no idea!”  The infractions are usually minor.  She doesn’t stick to the posted schedule.  She gave the baby a non-organic banana once.  She kept the kids up an hour past their bedtime to watch TELEVISION.
Holy shite.


Has humanity truly forgotten what being a grandmother is about?
The generation of moms before us did not have the internet to scour when the baby got croup.  They relied heavily on the wisdom of family, including their mothers-in-law.  If Grandma didn’t toe the line exactly, it was quickly overlooked and forgotten.


I may be more sensitive (or perhaps insensitive) to the subject because I do not have a mother-in-law.  I never did.  Joe’s mom passed away from breast cancer at 55.
Yet in life, there are only a few people who will love your children beyond reason.  They can usually be counted on one hand and include grandparents.  Who will be delighted to receive a phone call when your baby starts walking?  Who will beam with pride at your child’s first basketball game?  Who can be called to show up at three am to watch your other kids when the baby needs to go to the ER?

There is not a day that goes by that Joe wouldn’t like to call his mom and share a funny story about our boys.  I miss the love she would have had for them.  Would she have criticized my cooking skills, mocked my over-scheduling, or given the kids chocolate cake before bed?  I will never know.


But I would gladly take it all if she could have met my sons just once.  To see the same love I feel reflected in someone else’s eyes?  That connection is forever.
This Mother’s Day, I continue to be grateful for my own wonderful mom who, unfortunately, still gets those three am emergency calls.  But I will also be grateful to my mother-in-law.  She delivered me the love of my life.  She raised her son to be a loyal husband and loving father.  He is my everything.
No organic banana can ever hold a candle to that.
Plastered by Marianne at Sunday, April 27, 2014 14 comments:

More Than a Game

The following appears in the April edition of Chicago Parent. 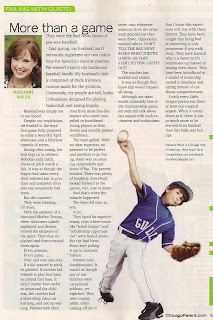 They were the Bad News Bears of pee-wee baseball.
Last spring, my husband and I nervously registered our two oldest boys for America’s favorite pastime.  We weren’t exactly the traditional baseball family.  My husband’s side is comprised of thick Irishmen custom-made for the gridiron.  Conversely, my people are tall, lanky Lithuanians designed for playing basketball and eating kugala.
Baseball was simply not in our blood.

Despite our trepidation, we headed to the boys’ first game fully prepared to enjoy a beautiful April afternoon and a hilarious comedy of errors.


Inning after inning, the kids kept us in stitches.  Nobody could catch, throw, or pitch a lick.  It was as though the league had taken every child selected last in gym class and compiled them into one awesomely bad team.
But the coaches?
They were freaking All-Stars.
With the patience of a thousand Mother Teresas, these neighborhood volunteers calmly explained and demonstrated the elements of the sport.  Then they explained and demonstrated them again.
Every practice.
Every game.
Over and over and over. 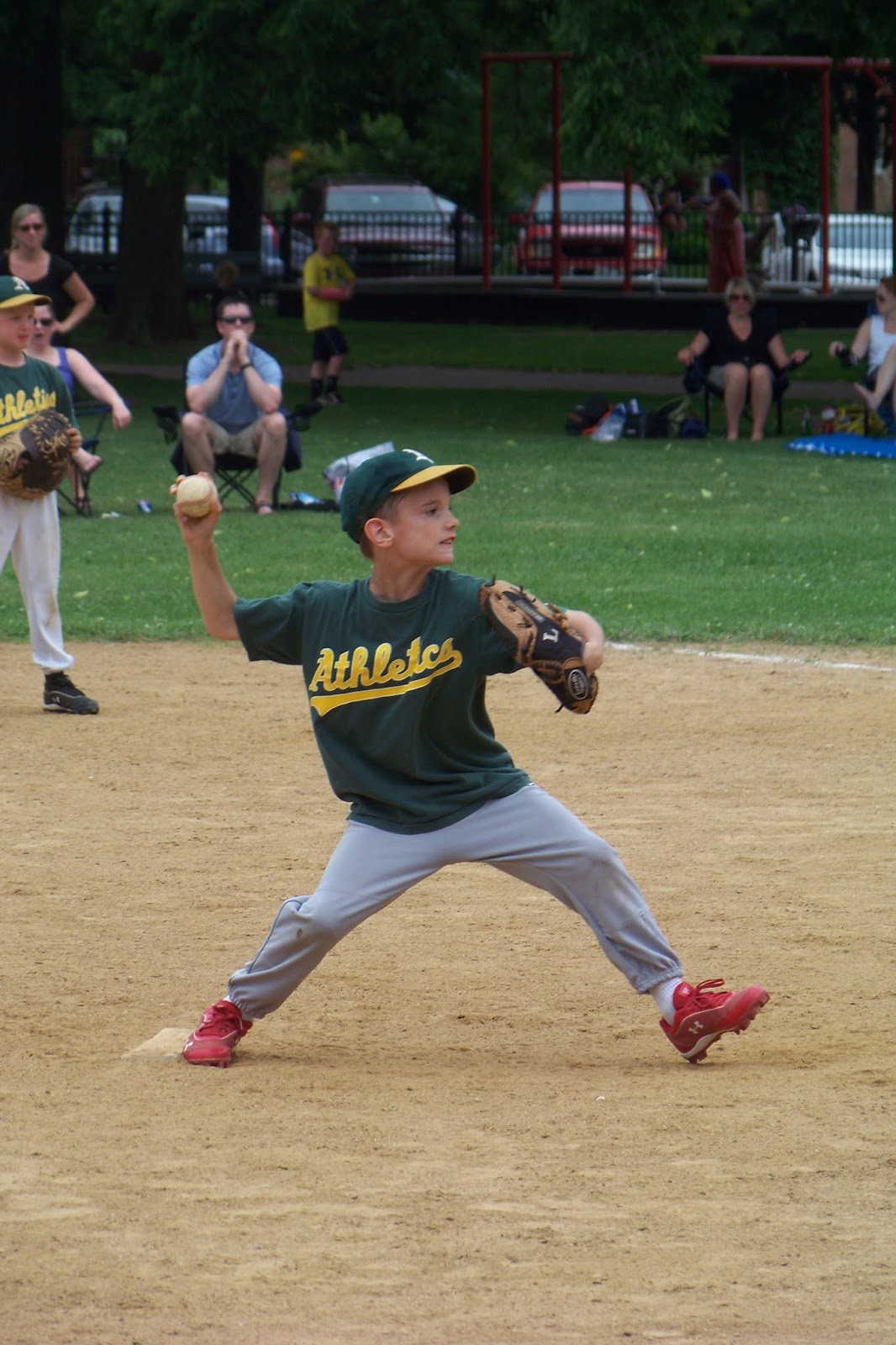 If a kid wanted to pitch, he pitched.   If another kid wanted to play first base, he played first base.  It didn’t matter how awful or unnatural the child was, the coaches had a laser-sharp focus on learning, and not on winning.  Parents took their cues from these Zen-like leaders who never once yelled or humiliated young players as they slowly and steadily gained confidence.

The team gelled.  With no clear superstar, no pressure to be perfect, and nowhere to go but up, there was an amazing camaraderie and sense of fun.  The parents bonded.  There was plenty of laughing.  Everybody looked forward to the games, win, lose or draw.
And that’s when the miracle happened.
The boys did start to win.
A lot.
They faced far superior teams, ones where words like “travel league” and “scholarship opportunities” were batted about.  But the Bad News Bears kept pulling it out in dramatic fashion.
Parents were dumbfounded.  It wasn’t as though any of our children were exceptional athletes, yet together?  They were unstoppable, often rattling off six or seven runs whenever someone from the other team pointed out they were down.  Opponents warned others:  DON’T TELL THE BAD NEWS BEARS WHEN THEY’RE LOSING OR THEY START HITTING LIGHTS OUT!
The coaches just nodded and smiled.
It was as though they knew this would happen all along.
Although our team would ultimately lose in the championship game, my sons still talk about last season with such excitement and enthusiasm that I know this experience will stay with them forever.  They have been taught that being bad at something is only permanent if you walk away.  They have learned why it is better to lift teammates up instead of tearing them down.  They have been introduced to a model of leadership rooted in kindness and caring instead of cut-throat competitiveness.
I wish every Little League parent out there at least one magical season.   When it comes down to it, there is just so much more to be learned from baseball than fast balls and foul tips.
Plastered by Marianne at Thursday, April 03, 2014 29 comments: