I am so excited to introduce my next guest blogger Jennifer from Redheads Plus One.  Jennifer is super-crafty, which is what inspired my guest post over on her blog involving my gross incompetence with art supplies.  Please have a read and feel free to pop on by her blog to say hello sometime!


Redheads Plus One
So, a few months ago I was invited (and by invited, I mean a friend from school posted an all-call on Facebook) to join a cooking club that would start in January.  The catch was that everyone would have to blog about their adventures.  I had neither the cookbook (The Pioneer Woman Cooks) nor a blog, so naturally, I signed right up.

Somewhere along the way, I clicked on a link that followed a link that led to another link, and I ended up on the Leap Blog Day page and Marianne’s We Band of Mothers.  I read, I contemplated, I thought, “I am out of my bleeping* mind if I even contemplate this,” and I left.
*I didn’t say bleeping.


And then a few days later, I went back and signed up.


I blame the wine.


Not too much later, I asked Marianne to do a guest post for me – thinking that she would, of course, be swamped since she is this big Chicago blogger who gets officially published and all, and fully expecting that she would politely tell me, “oh, sorry, I am at my limit.”  And I could tell myself, “well, at least I tried,” and not sweat it too much.


So now there I was, committed to trading guest posts for each others’ blogs, and I’d been blogging all of three weeks.


I don’t like to swear in my blog (I figure I do it enough in real life that no one needs an official record of it – I don’t need to provide my own evidence against myself!), but you probably heard a big OH SHIT somewhere and thought, “hmm, what was that?”  That was me.  I didn’t mean for it to echo.


When I got Marianne’s kind email telling me, yes, she’d blog for me, and asking if I would be so kind as to return the favor, well, I did what any rational mom/new blogger would do.  I immediately stalked her blog for every past post I could read while I was supposed to be cooking dinner and/or tutoring.  (Yes, I occasionally steal a little computer time when I tutor – I tutor high school math and sometimes a kid just needs to work a problem for a minute or two.  I use that time to stalk research.)


And of course, time being limited since I was actually being paid to teach math and all, I didn’t get very far.  Then, last week I came down with whatever nasty cold’s been going around, and suddenly Marianne’s guest post was in my in-box and all I’d done was a few minutes of blog stalking.  And she’s clearly BEEN to my blog enough to times to comment on a few posts, and she wrote the nicest, coolest stuff about me, and I had … well, a whole lot of lame-o “her life is better than mine for all of the following reasons” spiraling in my head.  I don’t like to panic, but there’s nothing like a firm deadline and a little bit of shame to get a girl motivated.  (It helped immensely that all month, I thought February 29 was tomorrow. Just sayin’.)


So today, after threatening firmly telling my husband that I needed a little computer time, I finally sat down to write this.  First step was to get right back on that horse and blog stalk a little more. I clicked on the first post that jumped out at me.  (How could it not, with a title like “Get Thee to a Kohl’s-ery,” since I am known to rock a pretty amazing coupon/coupon/discount at Kohl’s.  Top Secret:  if you DON’T sign up for their credit cards, they will harass you endlessly with $10 off $10 coupons.  Oh, the burden!  The angst! The FREE GODIVA CHOCOLATE BARS these coupons have caused me! Anyway, I routinely leave Kohl’s with a bag of loot for which I have paid as close to $0 as possible, so the post title intrigued me big-time.)


And that’s when I saw it, and knew – just knew – that if I were anywhere closer than my present 50,000-ish miles away from Chicago, Marianne and I would definitely share a beer or twelve every now and then.


Because this was her score: 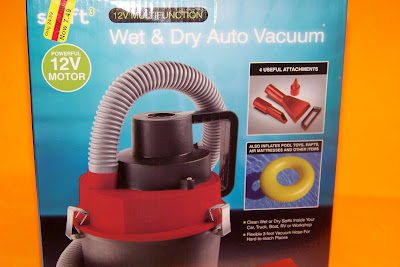 And this little gem is sitting in my garage right now. 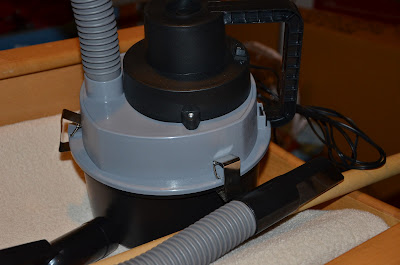 
We have matching get-the-schmegma-out-of-the-car-crevices vacuums.


I’m pretty sure this is some cosmic something-or-other.  Either way, it’s pretty cool, and reminded me that even if her life is infinitely cooler than mine, we’re both still pretty grounded people with crumbs in our cars.  So, thanks, Marianne, for letting me blog here today.


And thanks to everyone else for reading along!
--Jen


Jen is the mom of a two-year-old boy and four-year-old girl.  She’s from the Northeast but lives in the South, she’s a former high school math teacher, and she is way overeducated for “just staying at home”-- or so she’s been told so many times that it’s starting to get really, really annoying.    To keep up with some law school friends who actually use their degrees started a cooking club, she now blogs at RedheadsPlusOne.blogspot.com.
Plastered by Marianne at Thursday, March 01, 2012